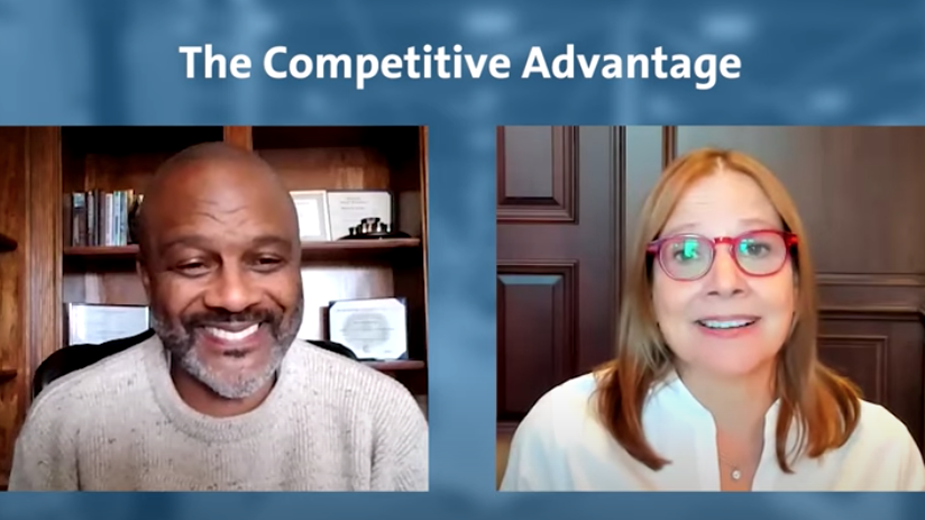 The talk focused on the direction GM will be taking as it makes a transition into a company specifically for electric vehicles and how they are taking everyone along with them.

Barra said she has seen an increase in interest for electric vehicles and while she is not surprised, she is excited for what this means.

“Obviously, a lot of work has to happen because what we’re seeing is just a strong interest in EVs,” she said. I thing what we saw starting actually in ’20 and ’21 was truly a tipping point and I never thought it was going to be a linear adaptation…I think it is going to be a huge growth opportunity for General Motors.”

Growth strategies and investments for additional plants are important, Bara said. Additionally, she said she is very proud of the jobs and opportunities they have provided for their manufacturing workers across the globe.

“We truly want to bring everyone along,” she said. “As we convert and transform the company to an electric vehicle company.”

Barra said she believes the team at GM is “unstoppable.”

Barra also shared the experience with riding in an autonomous vehicle.

“After having that opportunity to in a Cruise vehicle, I am more convinced than ever that this technology is available and we’ll continue to grow and develop it,” she said. “When I was riding in the vehicle it was so capable and so confident. It drives like you’re the best driver you’ve ever had a ride with.”

When putting all the technologies censors together, Bara said this creates a very safe ride and path for the vehicle, which she believes is the path to GMs goal of zero crashes, zero emissions and zero congestion.

”I can’t say I imagined this back in 1980, when I started at General Motors Institute…or even as I took this role eight years ago,” she said. “The amount of progress that we have made on our journey to a world with zero crashes, zero emissions and zero congestion – the pace of it and the talent of the team executing it has far surpassed my expectations.”