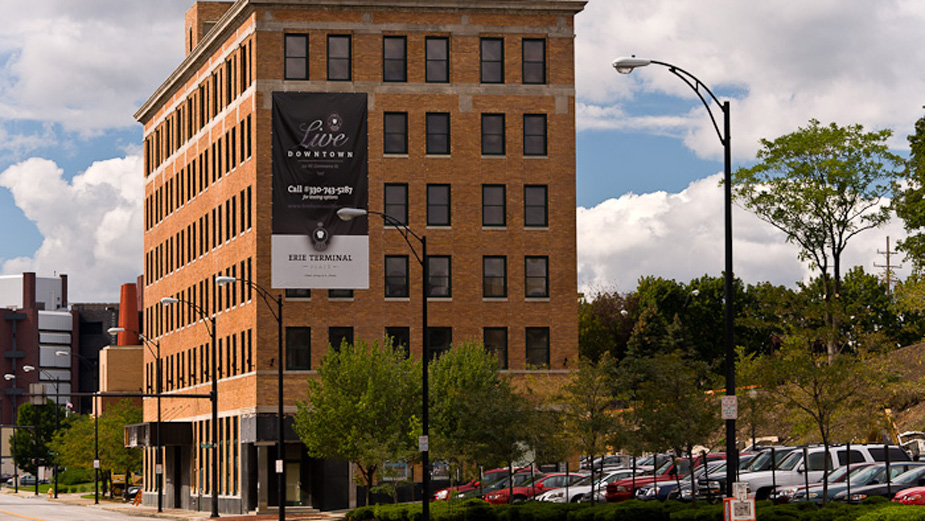 YOUNGSTOWN, Ohio — Dominic J. Marchionda, as well as individuals and businesses affiliated with the downtown developer and his Erie Terminal and Campus Suites projects, have agreed to pay First National Bank of Pennsylvania nearly $3.4 million for three promissory notes on which they defaulted, plus interest and fees.

According to the documents, Erie Terminal Place LLC, U.S. Campus Suites LLC, Dominic J. Marchionda and Jacqueline N. Marchionda confessed judgment in favor of the bank for $3,248,645.09, along with interest at a rate of 8.61% starting Feb. 9.

Additionally, defendants MCMR Enterprises LLC and partners Dominic and Gaetano Marchionda agreed to separate judgments of $86,740.84 and $56,021.53, with interest at the rate of 4.382%, also beginning Feb. 9.

The judgments stem from defaults on three separate transactions with First National Bank, which is based in Pennsylvania and has a branch in downtown Youngstown.

Dominic Marchionda did not respond to a request for comment.

Last November, the Ohio auditor’s office announced that it was seeking more than $7.8 million from Dominic Marchionda and his companies, among others, related to three development projects that Marchionda spearheaded and the city supported through public funds.

Marchionda was sentenced to five years of community controlled service with no jail following a five-year public corruption investigation by the state .

On Aug. 11, 2011, Erie Terminal, U.S. Campus Suites and Dominic and Jacqueline Marchionda entered into an agreement to borrow $6,361,000 from First National Bank, with the loan to mature “120 months after the first month following delivery of the [n]ote,” or Sept. 1, 2021. Payments were due on the first of the month.

In the event of default, the bank had the option to accelerate the maturity of the note, with the entire unpaid principal balance and accrued interest payable in full. On Nov. 30, 2018, bank counsel informed The Erie Terminal partners that various “events of default” had occurred, including failure to maintain a required debt service ratio of 1.20 to 1.00, and requested that the partners cure the default within 90 days.

On April 22, 2019, bank counsel issued a second letter advising that the issues identified in the earlier letter hadn’t been cured and called for “immediate payment” of the loan. In response, Erie Terminal representatives requested time to attempt to sell the building to obtain the funds to pay the loan off in full. In addition, it had failed to comply with the payment obligations under its cognovit promissory note for $3,140,000, only making payments of $15,892.73 in January and August of 2021.

A Sept. 13, 2021 letter served a second notice of default and demand for payment in full, demanding that Erie Terminal pay the outstanding loan balance and advising that First National Bank was prepared to initiate legal action.

The $86,740.84 plus interest judgment stemmed from a cognovit promissory note and a loan agreement for $164,000 that MCMR Enterprises and its partners entered into April 7, 2011, that would mature April 1, 2016, but ultimately was extended to April 15, 2019. In connection with the loan agreement, the partners agreed to “certain repayment terms” and additional financial covenants, and granted the bank mortgages on two parcels.

First National Bank counsel sent two more letters Sept. 13, 2021, telling the MCMR partners that they were in default on both loans.

In addition, the various defendants must cover the bank’s costs and expenses for collection and enforcement of the notes and guaranties, including “reasonable attorneys’ fees to be determined at a separate hearing, the costs of this action and all other relief at law or equity” that the court may deem just and proper.