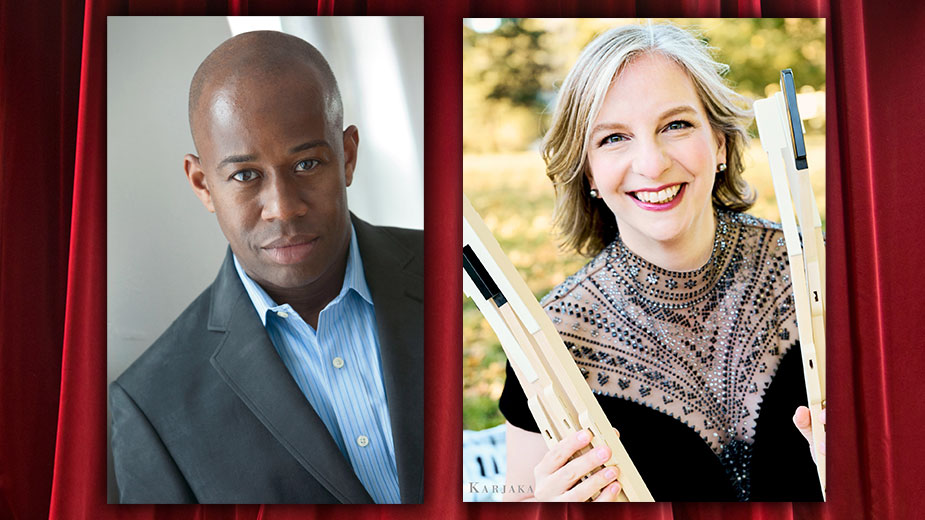 YOUNGSTOWN, Ohio — The Youngstown Symphony Orchestra’s next concert will be atypical for several reasons.

It will take place Thursday, March 10, instead of during the weekend, and at Stambaugh Auditorium rather than the symphony’s longtime base at the DeYor Performing Arts Center. But those aren’t the only aspects that heighten interest.

The classical music performance will be led by guest conductor Andre Raphel and will feature guest artist Orli Shaham, an acclaimed pianist.

It will spotlight some compelling pieces by Shostakovich, Schumann and American composer Jennifer Higdon.

The YSO has enlisted several guest conductors for this season who are being considered for the job of music director-conductor. That post has been vacant since the untimely death of Randall Craig Fleischer in August of 2020.

Raphel, who was the music director of the Wheeling (W.Va.) Symphony Orchestra from 2003 to 2018, is among the candidates.

Kelly McKee-Foos, spokesperson for the YSO, said the search process is a long one and will extend into the 2022-2023 season.

“We have a lot of solid candidates to explore before we reach a final decision,” she said.

Raphel, who lives in the New York area, has been filling in as guest conductor with several orchestras in recent years. He has led the Pittsburgh and Detroit Symphony orchestras, the Cleveland Orchestra and the New York Philharmonic.

The conductor has a firm commitment to education and community outreach, as evidenced by his recent stint as music director of the St. Louis Symphony’s partnership with local churches. In a phone interview from his home, Raphel said the program for Thursday’s concert with the YSO is designed to uplift the spirits amid troubled times.

“It was conceived as inspired voices and the human spirit,” Raphel said. “Each of the composers represent inspired voices, and the soloist (Shaham) is also an inspired voice of our time with a lot to say musically.

“Given everything we’ve been through the past two years, I thought it would be interesting to examine through the music how the composers deal with overcoming difficulty.”

Raphel has worked with Shaham before and is glad that the Youngstown audience will get to experience her talent.

“She is a thoughtful artist,” Raphel said, noting that her input was key in selecting the program.

“It’s interesting how it came about,” he said. “[Shaham] suggested the Schumann, and I was happy to agree to it. We have a history of working together and since she feels close to it, I knew we would connect with the orchestra to illuminate his intentions.”

During the concert, Raphel will tell the audience about the compositions. “I enjoy speaking about works that are less familiar,” he said. “I plan to talk about Higdon and give the audience things to listen for and insight into her style.”

Higdon is considered one of America’s most acclaimed and frequently performed living composers.

Raphel said he is looking forward to performing in acoustically excellent Stambaugh Auditorium. Until this season, the venue – which was built as a concert hall – was not used by the YSO.

The conductor was acquainted with Fleischer, and was stunned by his unexpected death at age 61.

“For me and my colleagues, it was very sad to learn about his sudden passing,” Raphel said. “Knowing all that he brought to Youngstown, and that Youngstown was a special place for him, I’m very honored to collaborate with the orchestra where he was music director.”

Shaham, who is making her Youngstown debut, has earned an international reputation as one of the most gifted pianists. She has performed with most of North America’s major orchestras, is a co-host on NPR’s “From the Top” program, and teaches at the Juilliard School of Music.

Tickets for Thursday’s concert range from $42 to $82 (inclusive of all fees) and can be purchased at the DeYor box office between 10 a.m. and 5 p.m.; by phone at 330 259 9651; and online at DeyorPac.org. Discounts are available for seniors and students.

Pictured: Andre Raphel and Orli Shaham will lead the YSO through an uplifting concert March 10.