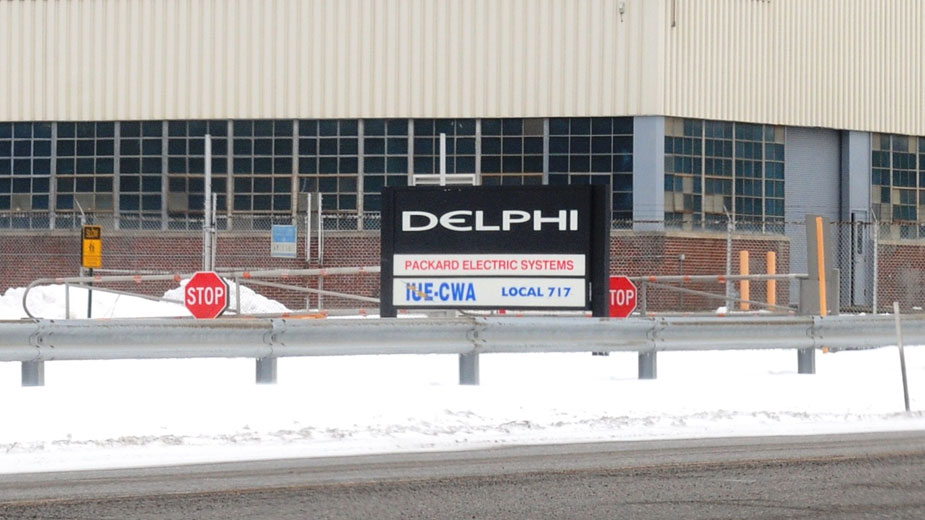 YOUNGSTOWN, Ohio – Congressional action is “the only viable option” to restore pension benefits to more than 20,000 Delphi salaried retirees after a series of court rulings against the retirees, a Michigan congressman said.

Democratic and Republican members of Congress criticized inaction by past administrations during a virtual news conference Thursday morning to introduce legislation to address the decade-plus plight of Delphi salaried retirees.

The Susan Muffley Act, which is being introduced by U.S. Rep. Dan Kildee, D-6 Mich., would restore pension benefits that were cut when General Motors field for bankruptcy during the Great Recession. When the Pension Benefit Guarantee Corp. took over the pension plan, retiree benefits were cut by up to 70%.

Following a string of losses in the lower courts, the U.S. Supreme Court declined to hear the case in January.

“These people were as necessary for the company to function as the workers on the production lines. All were American workers who deserve to be treated fairly,” Bruce Gump, chairman of the Delphi Salaried retirees Association, said. Gump and DSRA spokesman Ron Beeber spoke during the virtual media availability.

“When this all went down, about 6,000 Michigan households were just stunned,” Beeber reported.

A bipartisan group of legislators that included U.S. Rep. Tim Ryan and both of Ohio’s U.S. senators, Sherrod Brown and Rob Portman, joined Kildee and the DRSA representatives to show their support for the legislation.

Those affected by the cuts include more than 5,100 retirees in Ohio.

“These folks have been fighting for over a decade for benefits that they’ve earned,” Kildee said. “These retirees have worked hard, played by the rules and had the rug pulled out from under them.”

The bill is named for Susan Muffley, one of the leaders of the Delphi Salaried Retirees Association. Muffley’s husband, who worked as an electronics technician at Delphi for 31 years, was one of the retirees who lost the full value of his pension in 2009. She avoided seeing her doctor because of the family’s financial problems and later was diagnosed with pancreatic cancer, from which she died in 2012.

No worker or family member should have to forego medical treatment to make ends meet, Kildee said.

“Congress has an obligation to act to restore the pensions because the government was involved,” Ryan, D-13 Ohio, said. “This is about workers who worked really hard for a long time, worked swing shifts and spent a lot of time away from their families in order to get the job done, and then wake up one day and their pension isn’t there.”

The federal auto task force “unjustly picked winners and losers,” U.S. Rep. Mike Turner, R-10 Mich., said. Pensions are “a sacred trust” and the government intervention that resulted in that trust being broken requires a federal fix, he agreed.

Brown, D-Ohio, said he “thought we had this problem licked” a decade ago when he blocked President Barack Obama’s nominee to head Pension Benefit Guarantee Corp.

Portman, R-Ohio, and Brown introduced the legislation in the Senate Thursday afternoon. Portman said he expected the cost of the bill would be around $1.1 billion, but PBGC would make the determination.

“What happened 13 years ago was wrong and I think everybody on this call is committed to righting that wrong,” he said. “At the end of the day, my hope is that fairness will prevail.”

Gump and Beeber expressed the retirees’ appreciation for the legislative efforts during the virtual media availability.

“This legislation is the result of heroes working in a bipartisan manner to restore the dignity of our work, and our retirement. If it passes, all those who support it will become super heroes to us,” Gump remarked.