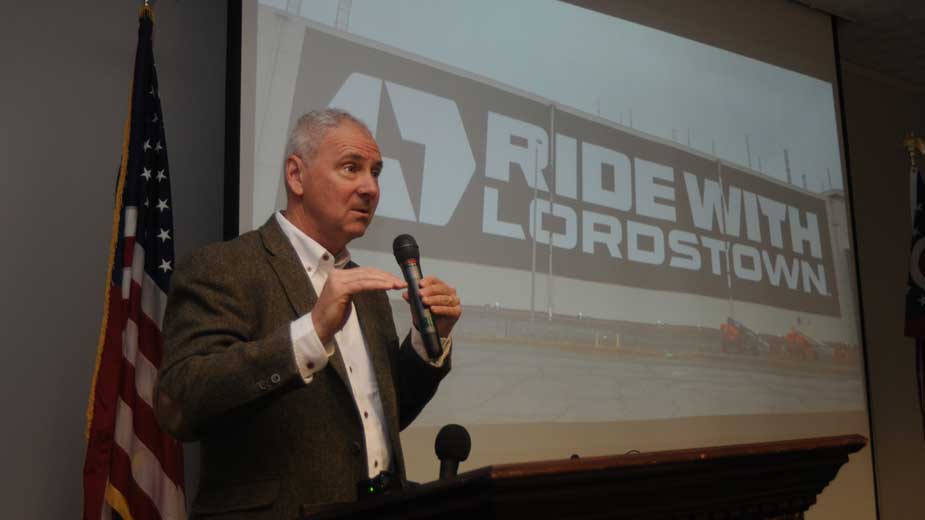 LORDSTOWN, Ohio — Former Lordstown Motors Corp. CEO Steve Burns unloaded another $6.1 million worth of company shares Wednesday – bringing his total haul to more than $38 million from stock sales since he abruptly resigned in June of 2021.

The latest sale comes just three days after Burns cashed in more than $13.5 million of his stake in the struggling electric-vehicle manufacturer, according to regulatory filings.

Forms filed with the U.S. Securities and Exchange Commission Thursday show that Burns sold another 2.5 million shares at a weighted average of $2.44 per unit on March 2 — a transaction valued at $6.1 million.

In all, Burns has cashed out more than $38.4 million through the sale of approximately 11 million shares in Lordstown Motors stock since November, according to regulatory filings.

Burns resigned in June 2021 after an internal inquiry found that certain Lordstown Motors executives misled the public and exaggerated the number of pre-orders of the Endurance, the all-electric pickup truck now in the pre-production stage at the company’s plant.

Lordstown Motors stock closed down 10% on Thursday at $2.29 per unit.

Lordstown Motors’ stock price has collapsed by nearly 93% since hitting its peak high of more than $31 in February 2021.

In March 2021, short-seller Hindenburg Research published a scathing report accusing Burns and other executives of misleading investors by making public statements that inflated the number of pre-orders for the Endurance.

The report was followed by a sustained selloff and a barrage of class-action investor lawsuits that are still pending.

The sales still leave Burns as the single largest shareholder at Lordstown Motors with more than 35.3 million shares, or 18% of all outstanding shares of common stock, records show. At the close of business Thursday, those shares were worth nearly $81 million.

On Tuesday, General Motors said it had also jettisoned its stake in Lordstown Motors, noting it had sold all of its 7.5 million shares in the company during the fourth quarter of 2021.  The automaker did not provide details on the share price at the time of the sale.

GM sold its Lordstown Assembly Complex to Lordstown Motors in November 2019 for $20 million. To assist the sale, GM tendered an open-end mortgage of $50 million to the company that covered the purchase price and funds to start retooling the plant.

Once Lordstown Motors went public in October 2020, GM’s $50 million mortgage was converted into equity in the new venture. The Detroit automaker also added another $25 million in cash for a total $75 million – or about 4.5% – stake in the company.

Another early investor, Workhorse Group, sold its 10% in Lordstown Motors during the third quarter of 2021 and recorded a steep loss, according to regulatory filings.

Workhorse said in a regulatory filing in November 2021 that it sold all of its investment in Lordstown Motors at an average price of $6.42 per share.

“During the three months ended September 30, 2021, the company recognized a loss of approximately $76.5 million in connection with the sale,” the filing stated.

Burns is also the former CEO and founder of Workhorse. He resigned his position there and started Lordstown Motors in 2018.

Lordstown Motors is struggling to raise more cash to launch the Endurance as it negotiates a final agreement with Taiwan-based Foxconn to purchase the Lordstown plant and act as a contract manufacturer for future models.

Under the proposed deal, Foxconn would purchase the Lordstown plant for $230 million and another $50 million equity investment. It would also act as a contract manufacturer for the Endurance, future Lordstown Motors products, and vehicles for other automakers, such as Fisker.

During a conference call earlier this week, Lordstown Motors CEO Daniel Ninivaggi said he was “disappointed” at the pace of talks with Foxconn but was confident that a sale and contract agreement could be finalized by a deadline of April 30.

Company executives said on the call that Lordstown Motors would need at least $250 million this year in order to launch the Endurance. The company plans to manufacture just 500 pickups this year and just 2,500 in 2023.

Initially, the company projected volumes of about 2,000 vehicles the first year and 32,000 units during the Endurance’s second year of production.

Pictured: Since his resignation as CEO of Lordstown Motors in June 2021, Steve Burns has cashed out more than $38.4 million through the sale of approximately 11 million shares of RIDE stock.