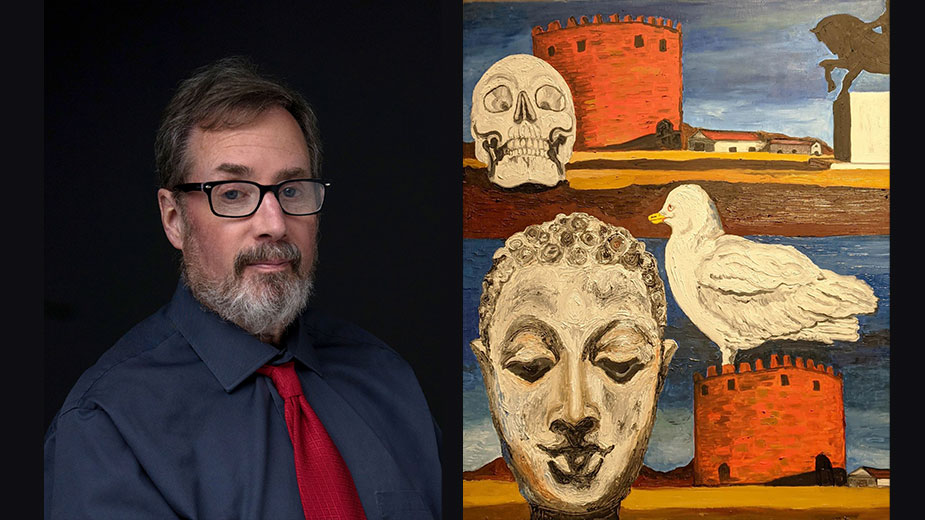 YOUNGSTOWN, Ohio — An exhibition of new works by Valley artist, educator and civic leader William Mullane open Friday, March 4, at Soap Gallery, 117 S. Champion St., and will run through the end of the month.

The exhibit, titled “In Search of a Path Forward,” will spotlight Mullane’s surrealist-style paintings. An opening reception will take place at the gallery from 5 to 9 p.m.

Mullane returned to painting in 2020 after a 25-year hiatus. His work between 1995 and 2020 primarily consisted of drawings and photo-driven images created on an iPad.

“Returning to the studio after such a long time is daunting,” Mullane said in his artist’s statement. “I no longer had a clear idea as to my identity as a painter. The work in this exhibit emanates from areas of exploration in which I have been trying to identify a path forward.”

Mullane began his return to the studio by revisiting his unfinished paintings from 1978 to 1990. His new paintings followed the path set forth in his earlier work and include a series of self-portraits and other works.

The death of Mullane’s wife, Patricia Latham, in September affected his ability to work.

“I once again returned to my past to revisit a series of small table-top sculptures I worked on in the 1980s in collaboration with my friend, colleague, and collaborator the composer, poet, and performance artist Arthur Jarvinen, who took his own life in 2010,” Mullane said.

Drawing on that work, Mullane created two found-object reliquaries for his late wife. Both are included are in the exhibition.

Mullane is known as a collaborative leader who has shaped many Valley arts and culture organizations and initiatives. He serves on the board of the Community Foundation of the Mahoning Valley, the Raymond John Wean Foundation, the Trumbull Art Gallery, Friends of Fellows Riverside Gardens, the Medici Museum, and the Warren Philharmonic Orchestra.

He currently serves as adjunct curator and exhibition designer at the Medici Museum of Art, and gallery director at the Trumbull Art Gallery.

Mullane has spent more than 40 years as an educator. He currently works as a school improvement supervisor for the Ashtabula County Educational Service Center and the Jefferson Area Local Schools.

Prior to his work in Ashtabula, Mullane spent 28 years as a teacher and administrator in the Warren City Schools. Earlier this year, he was awarded the 2022 Governor’s Award for the Arts in Ohio for community development and participation.

Pictured: William Mullane and a photo of one of his paintings.