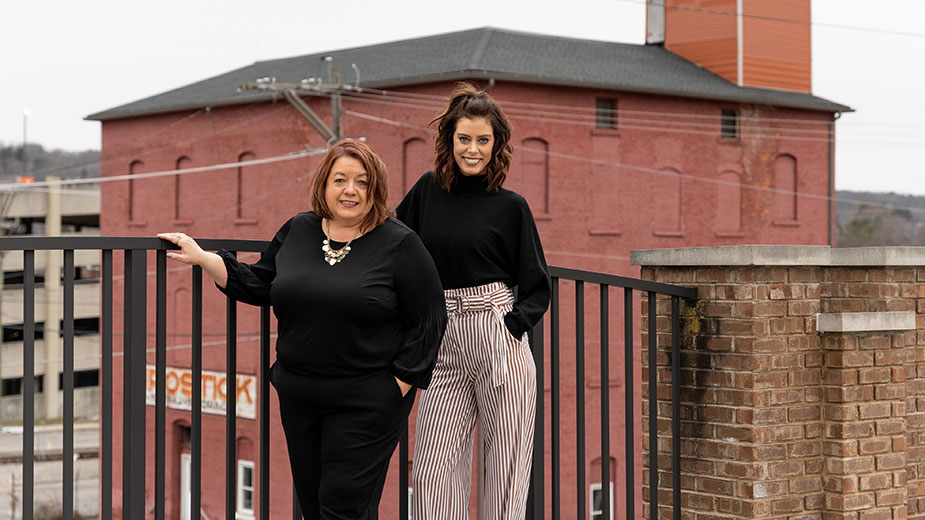 SHARON, Pa. – The city will use a portion of its approximately $14.5 million in American Rescue Plan money to fund two recently created positions to support the downtown business community.

In a news release Monday, the city announced that it had hired Sherris Moreira of Hermitage as downtown development director and Courtney Cilli of Greenville as downtown events coordinator. Both will begin their new positions March 14.

Sharon’s goal since it received its ARP funds has been to strengthen and grow the city’s economy. “This fits well in with that. It gets boots on the ground to work with our local businesses and reach out and attract new ones,” City Manager Bob Fiscus said.

“It didn’t seem like the timing was right at the time due to the hardships put on businesses with COVID and economic challenges, but the need was probably greater than ever to offer that support,” Fiscus said.

“The city’s answer was to provide something a little bit different than the downtown manager role, but in the same vein,” Sharon City Council President Molly Bundrant said in the news release.

Eventually, the decision was made to create two positions, one focused on assisting existing businesses and helping bring new businesses to the downtown, and the other focused on coordinating downtown events and helping develop new ones.

Both hires are familiar faces to the downtown community.

Prior to joining OhanaLink Technologies in Hermitage in January 2021 as its director of business development, Moreira served for about five years as executive director of the Shenango Valley Chamber of Commerce.

Cilli, most recently office manager at ProAir Heating and Cooling in New Castle, has volunteered for several years with downtown events and worked with local nonprofits.

“At the time there was a lot of discussion that we need someone like Sherris. That led me to contact Sherris,” Fiscus said. He had worked a lot with the past with Moreira, who he said was instrumental in putting together last November’s Small Business Saturday. Cilli’s experience also includes working on Small Business Saturday for several years, as well as the downtown holiday celebration.

“I have a passion for the small business community and I have a heart specifically for the Shenango Valley,” Moreira said.

Based on her previous experiences working in communities from Pittsburgh west toward Cleveland, she has an understanding of so-called Rust Belt areas, she said. “One of the things I have a passion for is looking at an area and seeing the best of it, even as I see it as it is,” she remarked.

Cilli, who has been involved with Small Business Saturday for more than five years and contributed her time to several groups, said volunteering has always been a passion of hers and was eager to pursue the events position.

“My job description is everything that I love to do. Now I can actually make it a career,” she said.

Moreira’s new position will entail providing support for the current business community in Sharon and recruiting new companies to the city. She will work with Shenango Valley leaders to help promote synergy in their visions for the community and work to improve communication between the city and businesses.

Her plans include creating a directory of city businesses and creating a multimedia project that will show how the city is spending ARP for transparency. Her experiences at OhanaLink also impressed upon her the need to provide greater support for entrepreneurial businesses, she said.

Cilli said her role early on will entail establishing a calendar of established events for city activities such as WaterFire Sharon and the annual car cruise, then she will look at developing additional events.

“I want to focus on what is already established and how we can improve it. It’s definitely our vision to bring more events,” she said.

Both Moreira and Cilli point to several assets downtown, including the presence of the Shenango River, as well as various several downtown institutions and properties.

“People don’t realize having an actual downtown is such an asset,” Moreira said. She also pointed to the people downtown as its greatest asset.

“It’s a beautiful downtown in general,” with plenty of space for events, Cilli added. She noted the work done by the arts community to “making downtown beautiful.”

Moreira and Cilli will be an “asset to the downtown because of the expertise they bring,” Bundrant said in the news release. “This is a huge deal, and we are so lucky to have them. The city is surrounded by so many amazing people helping us and their addition, we hope, will make this all work out perfectly,” she said.

Businessman Jim Landino, whose JCL Development owns and has repurposed several downtown Sharon buildings and is preparing to embark on a mixed-use redevelopment of the former Carine & Co. warehouse, praised the hirings of Moreira and Cilli.

“We are super-excited to have Sherris and Courtney back in downtown Sharon as we continue to add market-level housing and more attractions after a challenging few years,” he said.

“People are hungry for food and activities and we must work hard together as a community to support each other and build the environment we all long for,” he continued. “Hard-working, high-energy people like the two of them will bring much needed support to all the businesses down here wanting to grow and prosper.”