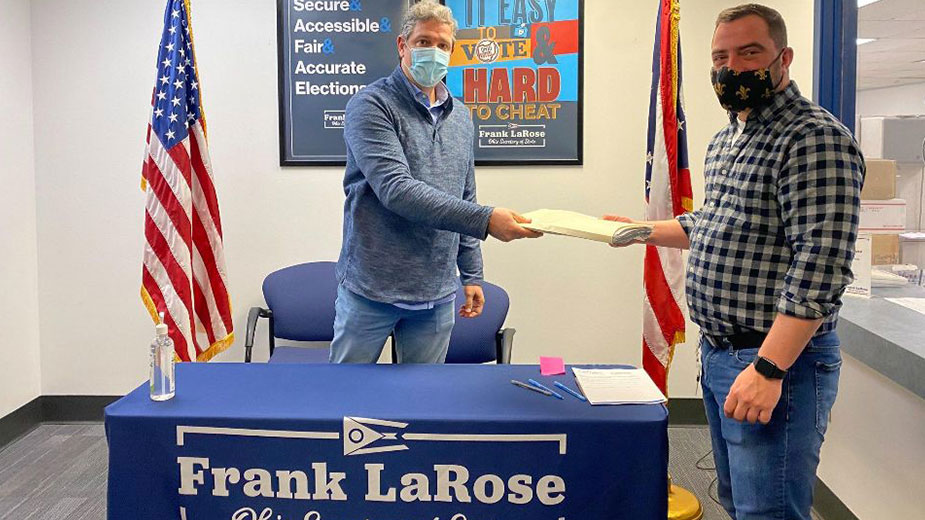 COLUMBUS, Ohio – U.S. Rep. Tim Ryan filed candidate petitions Monday seeking the Democratic nomination for U.S. Senate this year, and a key rival for the nomination is filing her papers the following day.

Ryan, D-13 Ohio, submitted 3,000 signatures, including from voters in all 88 Ohio counties, Ryan’s campaign reported in a news release after he filed Monday at the Ohio Secretary of State’s office.

“This campaign is about the working people in every corner of our state, who are working hard, doing everything right, and deserve two senators who will show up and work hard every day to cut them in on the deal,” Ryan said in the release. “From now through November, this team is going to keep building the momentum we need to bring home a victory for Ohio workers in this race.”

The news release also reiterated Ryan’s financial support – he raised $2.9 million in the fourth quarter of 2021 – and endorsements from U.S Sen. Sherrod Brown, U.S. Reps. Joyce Beatty and Marcy Kaptur, and two dozen labor unions and the Ohio AFL-CIO, nearly 250 state and local elected officials, as well as Democratic leaders and activists in every corner of Ohio

On Tuesday, consumer protection attorney and community organizer Morgan Harper will file her petitions for the Democratic U.S. Senate nomination. She will submit at least 2,500 signatures, more than double the required 1,000 signatures, her campaign said.