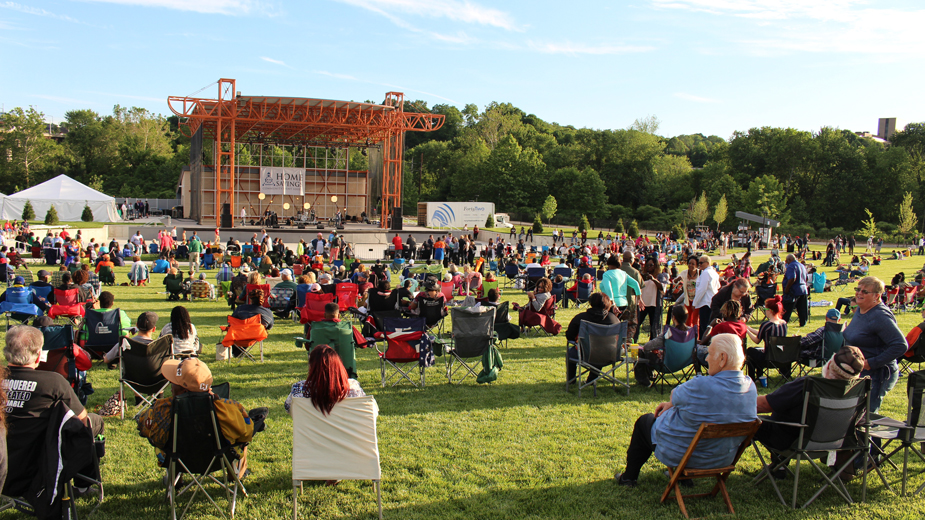 YOUNGSTOWN, Ohio – A proposal by FirstEnergy Corp. to erect an approximately six-mile transmission line along the Mahoning River is facing pushback from city officials and downtown stakeholders, who object to stringing the lines along the area were millions of dollars have been invested in recreational development.

If FirstEnergy’s preferred route for the project is approved by the Ohio Power Siting Board, American Transmission Systems Inc., a FirstEnergy subsidiary, is expected to begin construction later this year on the line between the utility’s Riverbend and Lincoln Park substations in the city, spokeswoman Brittany Al Dawood said.

The transmission line would help enhance reliability not only for downtown but also for surrounding wards in the city by providing an independent 138-kilovolt line between the two substations, Al Dawood said.

Additionally, the project would support the existing distribution network that provides service to thousands of residential customers, St. Elizabeth Youngstown Hospital, Youngstown State University, the Youngstown Foundation Amphitheatre and other commercial and industrial facilities, she continued.

FirstEnergy evaluated 49 possible routes, presenting a proposed and alternate route to the state panel that were preferred for minimizing impact on the environment and developed areas while enhancing reliability for downtown and the surrounding area.

“These improvements will not only help reduce outages but will also increase capacity for future economic growth as new opportunities for employment and business development evolve in the Mahoning Valley,” she said.

Economic issues are among the factors that opponents of the plan point to. Some shared their objections at the quarterly meeting of Downtown Youngstown Partnership, a Youngstown CityScape program that convenes downtown stakeholders including businesses and residents to address issues. They point to concerns about FirstEnergy siting the towers and power lines on the north bank of the river, where nearly $60 million in public and private money has been invested to develop the Covelli Centre and neighboring amphitheater and urban park, and the Handshake of the Century Statue.

An alternate route, according to a map circulated at the DYP meeting, would follow the southern bank of the river.

“We often lose electrical service,” whether by planned or unplanned outages, she said. “It’s because you’ve all done your job, and we’ve grown as a city.”

However, placing the towers and power lines where public and private partners have made investment in the downtown area and, particularly, the river corridor, “just raises lots of red flags,” she added. It would jeopardize the investments that have been made that drive people downtown.

“Utilities have a lot of muscle,” she remarked. “It’s important for us to take a stand.”

Letson also raised concerns over the land clearance that would be required for the towers and questioned how the city could have park concerts with the construction noise.

“I do know some of these other routes cost more money,” she remarked. “We’ve all invested a lot of money.” Additionally, she complained that the public hearing on the project was held in Campbell, not Youngstown.

“FirstEnergy has worked for two years to gather community input through advertisements in local newspapers, letters sent to landowners along the proposed route and public outreach,” Al Dawood said. In 2020, because of the COVID-19 pandemic and limits on in-person gatherings, outreach and information efforts moved online, and a virtual presentation, including information on the OPSB approval process and how to contact the board, has been available since December 2020.

She also said FirstEnergy did not choose the location of last November’s public hearing.

“Throughout this process, FirstEnergy has remained in close communication with city leaders,” she said. “We are committed to working with city leaders as we go forward. Our goal is to provide safe, reliable power to the downtown area and surrounding wards while supporting economic growth in the city of Youngstown.”

In written comments to the power siting board, Mayor Jamael Tito Brown expressed his opposition to “any transmission lines” crossing the city property that includes the Covelli Centre, Wean Park and the amphitheater, and recommended the transmission lines be installed underground.

“[A]esthetics in the affected area is a strong component to attracting patrons of the arts, business developers, restaurant owners, and outdoor enthusiasts. A 138-kilovolt transmission line in the sight line will be onerous,” Brown said.

Shasho cited multiple issues with the project, among them that the towers would be placed on city property. He also pointed to the effect on the aesthetics of the area, where the city most recently built the Youngstown Foundation Amphitheatre and Wean Park.

“I’m not excited about having aerial high-tension lines behind what should be the anchor of downtown,” he said. He also cited environmental concerns that haven’t been investigated on the property and pointed out that the proximity of the towers and lines could restrict crane access behind the amphitheater.

Shasho, Letson and Eric Ryan, president of JAC Management Group, which oversees the riverfront venues for the city, also pointed to potential issues with the transmission lines disrupting the audio systems of the Covelli Centre and amphitheater.

“In the event of any type of power line failure or malfunction, the impact upon human life could be catastrophic,” Ryan added.

“No radio or television interference is expected,” Al Dawood responded. “The design of the transmission line will be in accordance with National Electrical Safety Code standards, allowing access through the right-of-way for maintenance vehicles and equipment at the amphitheater.”

She also said the structures used for this project would include wood and steel poles ranging between 60 feet and 135 feet above ground. “Placement has been evaluated to reduce the impact to the amphitheater by moving the poles as close as practical to the tree line and railroad tracks,” she said.

The siting board has not set a date for making a decision in the case, Butler said. The board typically meets on the third Thursday of each month and the agenda is set approximately a week before each board meeting.

The board “takes all public and local government input into consideration,” including comments in the case record and public hearing testimony, he said.

CityScape’s Letson urged those in attendance at the DYP meeting to contact the power siting board.

“The sooner we express our concerns, the better for all of us,” she said.

Pictured: File photo of a concert at the Youngstown Foundation Amphitheatre. Opponents of a proposed six-mile transmission line along the Mahoning River say it would impact the Covelli Centre, neighboring amphitheater and Wean Park, where nearly $60 million in public and private money has been invested.