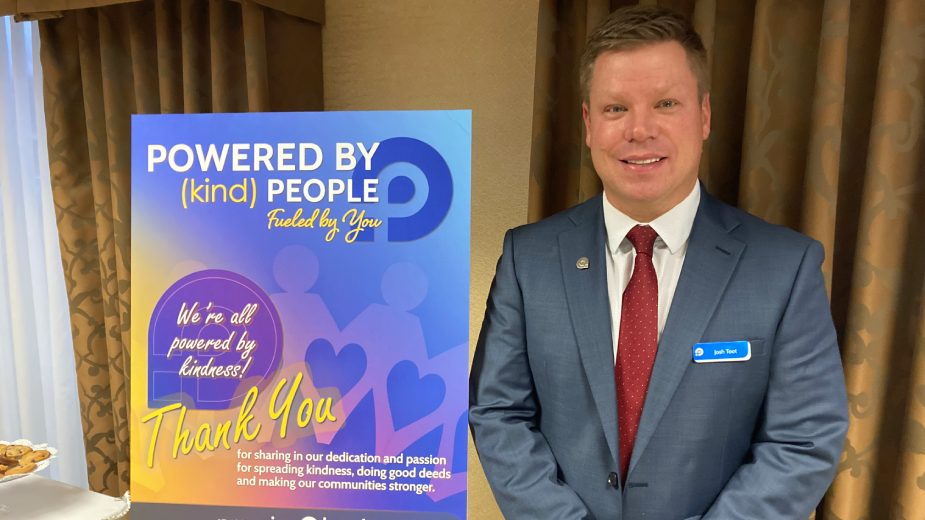 CANFIELD, Ohio — Premier Bank’s second “Powered By (kind) People. Fueled By You” campaign looks to shine a light on nonprofits, charities and other organizations doing valuable work in the Mahoning Valley, and encourage others to also lend a hand.

The campaign kicked off Monday night with a meet and greet at the Hampton Inn in Canfield, where Premier Bank executives welcomed several community partners.

“A lot of the nonprofits were doing more work than they had been doing previously to pick up where they saw need in the community,” he said.

As part of the campaign Premier Bank is once again partnering with The Business Journal to produce a video series that will highlight 20 community partners and raise awareness of their important work.

Videos from last year’s campaign can be viewed here.

Toot said a “large majority,” of the bank’s employees participate in the program.

“It’s the type of person that we’re looking for when we hire. It’s all about giving back.”

Toot said the bank’s employees, as well as the bank’s nonprofit partners, are a reflection of the hard working, giving spirit of the Mahoning Valley.

“It’s amazing how tightly knit this community is and how many people care about everybody else,” he said.

“The ‘kindness’ campaign is the proper word for it.”